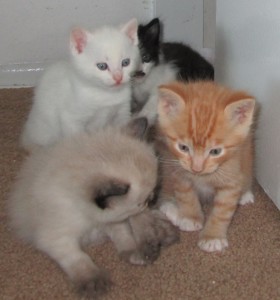 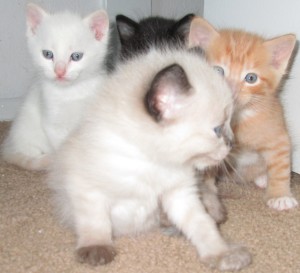 Berkeley is the most outgoing and friendly while Soleih lets his brothers and sister explore before he will take a risk. Ashley is first to initiate play and is very vocal during that time. Sugarfoot is the star in the video of the family’s first meal and playing with a toy. He was very brave and inquisitive.