Athena and her family were quite the celebrities on our Facebook page for several months. Some of you may remember the story of Tomato, aka Athena, but for those who don’t, here’s the background.

Just over a year ago, MeoowzaResQ saved Tomato from a high-kill shelter where she would have been euthanized because she had several fractured bones and her entire pelvis was twisted and shifted out of line from her spine, probably from being hit by a car. We got her the surgery she needed and she went to her foster home for bed rest. Her incision opened up a couple of times and she eventually was kept in the hospital for another couple of weeks to make sure the incision healed properly.

After her return to her foster home, she continued to heal nicely, but Tomato’s story didn’t end there. Against all odds, somehow this beautiful girl – who’s little body was mangled after being hit by a car and underwent x-rays and surgery to repair several fractures and twist her pelvis back into place – was pregnant the whole time and nobody knew or suspected it! Due to her injuries and continued recovery, she was not able to give birth and had to have a c-section. Four healthy babies were born but they had to be bottle fed for a couple of days while Tomato stayed at the hospital to make sure she was strong enough to take care of them. Her foster renamed her Athena. The babies flourished and, eventually, all were adopted. Today, they turn one year old. 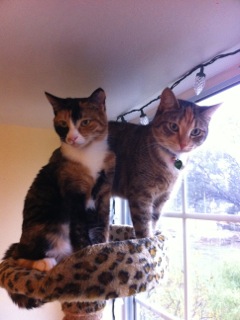 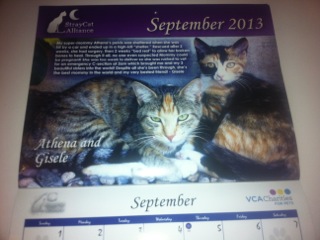 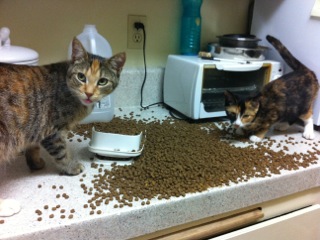 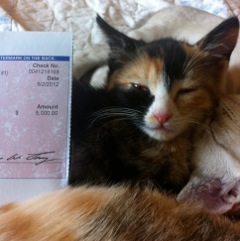 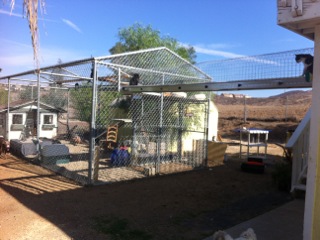 Gisele was named KOST FM’s Cutest Pet and won $5000, half for MeoowzResQ and half towards building a safe outdoor enclosure for her, Athena, and the other kitties at their new home 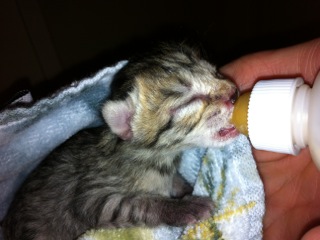 The babies had to be bottle fed for the first few hours of their life while Mommy Athena stayed at the hospital to recover from surgery and couldn’t produce milk. 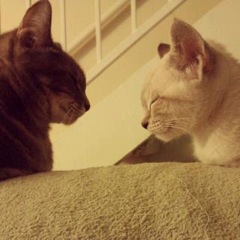