A few months ago, Cheese Pop was rescued late at night from down by the harbor with five other tame, sweet, abandoned kittens.

His “before” picture is the very next morning at the vet. The grapefruit on his stomach is a hernia. The vet thought someone kicked him so hard it ruptured his intestines. The “after” picture is of his stitches after surgery.

Then the best picture of him is with his new dad, Victor. Victor thinks the world of Cheese Pop and has brought him back by the adoption fair a couple of times just to say hi. Instead of having a happy home where he is loved, safe and cared for, Cheese Pop would be dead at the harbor if not for our wonderful supporters who make these life-saving surgeries possible. 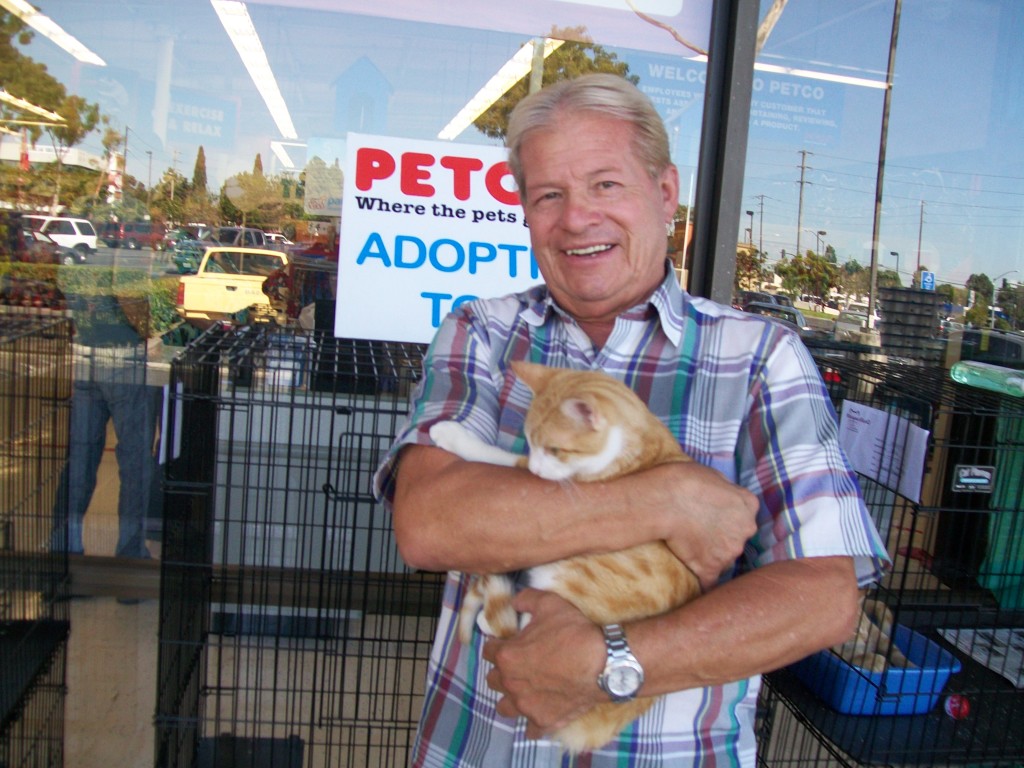